A few months back, I departed on routine flight from Orlando to Chicago.  I should know better by now than to use the the word “routine” when it comes to flying.  Perhaps that’s one of the things I like most about flying – the unknown.  Those little things that come out of nowhere and surprise you when you least expect them.  Back to the story…  It was a perfect sunny day for flying without a cloud in sight – what pilots sometimes refer to as severe clear.  The departure from Orlando was quick and easy and I began my ascent for my long journey ahead.  As I climbed the aircraft to altitude, I was constantly watching the speed, rate of climb, temperatures and other variables to ensure all systems were operating normally.  This was truly a “routine” flight in every sense of the word.  I hit 10,000 feet and all of a sudden, my world change dramatically in an instant.  Without any kind of warning, I heard a huge explosion!  My eyes instantly focused on the MFD (multi function display) engine page showing me a detailed view the cylinder temperatures, exhaust gas temperatures, oil pressure, etc.  Everything was completely normal – even the engine still sounded perfectly normal – for now at least.  Since I had no idea what caused the explosion, I errored on the side of caution and assumed there was the possibility the engine could quit soon.  I continued running through my mental emergency checklist preparing to make a diversion to the nearest airport.  It’s obviously much better to be on the ground diagnosing a problem than trying to do so at altitude.  I turned the dial on one of my Garmin GPS units to locate the nearest airfield.  Good news, there were several within gliding distance.  Even if my engine gave out completely, I could still make it.  I also glanced up at the bright red handle of my on-board whole-plane parachute system.  It’s almost as if that little handle was smiling at me letting me know I had yet another life-saving option if things went from bad to worse quickly.  All of these these physical and mental processes happened in a matter of seconds.  At this point, I still had no idea what had caused this explosion – but the bigger question in my mind was, “how are things still all operating normally?”   Did I hit something?  Just before notifying air traffic control of my intent to divert to the nearest airfield I glanced at the wings – both were fully intact.  I turned me head around and looked towards the tail which looked fine as well.  It was at that moment that I discovered the cause of the explosion – as well as the cause for my heart racing so fast that day.  It turns out this whole little event would be nothing more than good practice of my emergency procedure training.  Actually, there was no real emergency at all – and not even “real” explosion for that matter.  Instead, there was just a stack of prezels thrown across the backseat of the aircraft – the result of an exploding bag of pretzels!  This was caused by the pressure increase as the aircraft was climbing up to 10,000 feet.  The rest of the flight was actually quite routine and I made it to Chicago safely – with a smile on my face laughing about my impromptu emergency procedure drill earlier in that day.

I just read a fascinating post by Mark Cuban on his blog.  He’s a dot-com billionare who founded Broadcast.com and later sold it to Yahoo for $5.7 billion.  I’m a regular reader of his blog, but this one in particular struck a cord with me.  It’s about success and motivation.  Quite honestly, this is one of the most inspiring posts I’ve ever read from an entrepeneur. 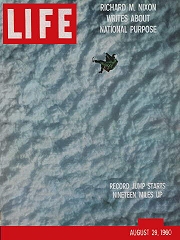 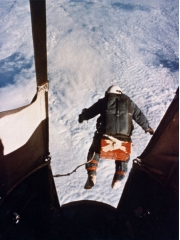 Welcome to The Brad Report! 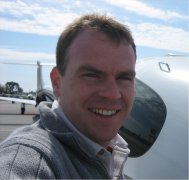 Hi, I’m Brad Pierce.  I’ve created this blog to share my thoughts with the world and plan on filling it with meaningful posts (unlike this one!).  I have a background in e-commerce, technology, the foodservice industry, aviation and private investigations.  You can read more about me by visiting my bio at https://www.BradleyPierce.com if you’re interested.  Most of my posts will be on these topics, although there may be an occassional random thought of the day that pop up from time to time.  I welcome your feedback and comments as this blog comes to life.

Fireworks from above are amazing! Highly recommend if you have the opportunity. Happy Independence Day, have a sa… https://t.co/PdN6QyXHuE