Blogging From My Blackberry! 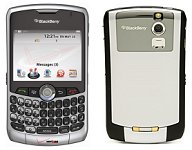 One of my biggest challenges with this blog is finding the time to write new posts. It seems like sometimes life moves too fast to get all the things done we want to in a day! So, I realized I needed to adapt and go mobile if I ever wanted this blog to grow. I made a bunch of tweaks to the default WordPress software (which runs this blog). At first things crashed and burned – scratch that – they didn’t even get off the ground. The first dozen tries resulted in posts filled with random characters as if someone given my Blackberry a good shake (or tried to see if Blackberry’s can float – hint: they can’t!). A little bit more tweaking of the encoding methods being used by the Blackberry device and parsed by the WordPress software and presto! I’m blogging from my Blackberry!

There is one small limitation that’s yet to be solved. While text posts work fine, there’s still not a good way to send pictures I snap on my Blackberry up to the site to be included in postings. There actually is a software add-on available for this purpose, but it opens up a major security hole. No thanks! I’ll stick to posting plain old text rather than compromise security on the server. I’ll write my own sofware to securely address this issue when I find some extra time, but until then, I’ll just add pictures manually after the posts go live (like I did with this one). At least I can do all the time consuming part of actually writing the posts easily on the go – in my car, in the air, or basically anywhere!