Brad’s 2016 Business Travel at the Speed of Flight 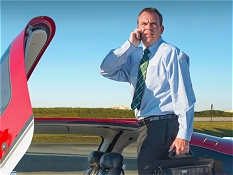 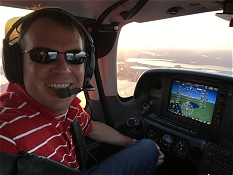 I absolutely love traveling for business!  There’s nothing more productive nor fulfilling than meeting customers and suppliers face-to-face.  Despite the proliferation of modern technologies (instant messaging, video conferencing, etc.), there’s absolutely no substitute for visiting a customer’s facilities, meeting their team members and observing their operations first-hand to understand how to help solve their challenges and serve their needs.  I’ve always felt that being able to look someone in the eye and give a firm handshake shows a genuine commitment and dedication to service.  While many of my competitors sit on the porch waiting for business to arrive, we go the extra mile to get out there and make business happen in a big way.  I thought it would be fun to take a look back at my business travel for the year 2016 to share some highlights with you.  I’ve accomplished all these trips in my Cirrus Aircraft, managing once again to avoid taking a single domestic airline flight this year – such a truly remarkable and unbelievably capable business tool!   Enjoy reading my list as you as I present a real-world perspective of what I like to call, “Doing Business at the Speed of Flight!”

Looking back at all these flights, I’m reminded of all the wonderful places I visited and the amazing people I’ve met and spent time with in 2016.  I’m looking forward to even more incredible business travel adventures ahead in 2017.  There’s no doubt this past year I lived up to my motto, “Live Life to the Fullest and Enjoy Every Second of the Ride!”

“We’re going to be famous!”  Those were the enthusiastic words of my two boys upon finding out that the story of our annual Bahamas Boy Trip Adventures was going to be featured in national television commercials.  The journey from being casual guests to Atlantis Resort superstars was quite an exciting ride and hope you enjoy reading all about it.

Each year, I spend a week of fun in the sun with my two little buddies at the Atlantis Resort in the Bahamas.  I recently chronicled the details of our annual tradition in a related blog post titled, Bahamas Boy Trip Adventures.  As a frequent guest at Atlantis, I receive plenty of e-mail promotions from the resort.  One day, an e-mail popped into my inbox which read, “Atlantis is celebrating our 20th Anniversary and we would like you to be a part of it!  Share your story with us and you could be invited back to paradise and featured in an Atlantis TV commercial.”  Memories our boy trips flashed through my mind as I thought to myself, our story would make for a great commercial!  I gathered up some photos from our trips and did nice write-up of why Atlantis holds such a special place in our hearts.  I wishfully pressed the send button and we were officially in the running.

The next day at my office, I was going about my regular business when my cell phone rang with an unrecognized number and the words “Los Angeles, CA” showing on my phone screen.  I thought to myself, that’s the entertainment capital of the world, but could they possibly be calling me already about my submission?  I optimistically answered the phone and I was greeted with an enthusiastic voice from a talent agency representative.  We had a nice chat and she expressed how much they loved our story!  We talked about our experiences at Atlantis and ended the call a few minutes later with the promise they would follow up in the weeks ahead.  About two weeks later, I got another call from the agency and we discussed even more details of our adventures, this time in much greater depth.  She confidently told me that our story was definitely in the running and they’d be in touch as they continued narrowing down the field of submissions from the casting call.  Two days later, an e-mail arrived stating that we’d made the initial round of cuts and to stay tuned… a few days later, another e-mail arrived stating, “Congratulations, You’re a Finalist!”  Wow… was this really happening?  I didn’t want to get too excited, but it was beginning to feel like our story had a real shot at being selected.  Another phone call followed to set up a screen test interview with the producers via Skype.  The boys and I put on nice outfits and we were ready for our big interview.  Sometimes it’s hard for kids to talk to strangers, so I coached them to be very outgoing with their responses and interactions with the interviewer.  The producer (who’s since become an amazing friend!) popped onto the screen and our screen test interview couldn’t have gone any smoother.  She was so nice and conversational with the boys that their responses to her questions flowed very naturally – they completely nailed it!  After the interview, we waited, and waited, and waited… while the boys constantly asked me each day if I’d heard any news.  I was secretly as impatient as they were, eagerly awaiting news about the final selection. 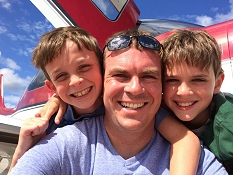 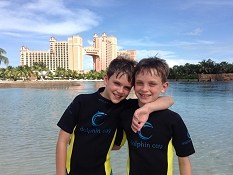 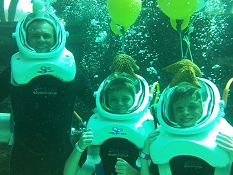 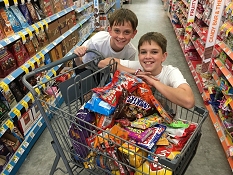 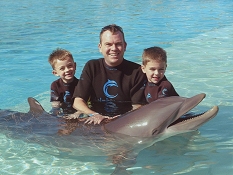 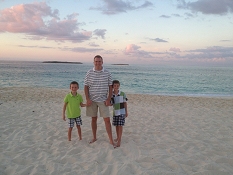 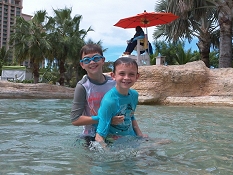 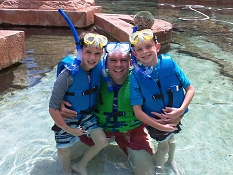 We’ve just concluded our annual Bahamas Boy Trip Adventure so I thought it would be fun to share the story behind this phenomenal tradition.  Our boy trip consists of a week of fun in the sun with my two little buddies at the Atlantis Resort at Paradise Island in the Bahamas.  I turn off my cell phone and disconnect from my e-mail for a week to dedicate 100% of my time and energy to my boys.  The entire trip from start to finish is all about having fun and building amazing memories together that will last a lifetime!

Way back in 2010, my twin boys were just five years old.  I travel a lot for business and had recently missed out on a weekend of playtime with them.  I was airborne heading home to Orlando thinking about what sort of special treat I could do to make up for our lost time apart.  As I cruised along at 10,000 feet, I looked out the window at the bright sun, then glanced at my airplane’s display – and there it was, a moment of clarity and inspiration as I spotted the Bahamas in the upper left corner of the map.  It was one of those times in life that you know you’ve just stumbled upon something special, even without experiencing it yet.  I landed safely and then formulated my plan for what would become the legendary Bahamas Boy Trip.

I’m thrilled to present my brand new Brad in Motion logo!  Brad in Motion is the personal brand I utilize both in online platforms as well as in my various speaking engagements.  I’ve wanted a more modern, fluid, forward looking logo for a long time and it’s finally come to fruition.  I worked with my fabulous graphic design artist, Ramona, who worked her magic to create it for me.  It was a collaborative effort as I shared my vision which she executed flawlessly.

The design premise was the desire to have a logo that was simple, while still employing creative artistic elements.  The fluid ribbon component of the airplane silhouette was intentional by design to signify motion.  The bold lettering, mixed with a dark/light color composition makes the image appear authoritative, yet not overbearing.  The blue color scheme pays tribute to my passion for soaring high in the sky above.  The diagonal flow of the light blue coloring further enhances the sense of forward motion.  The cross-cut airplane wing element which creates the letter A in the word BRAD adds both creativity as well as merging the graphical and text components into one integrated image.

I’m totally ecstatic about my new Brad in Motion logo and feel it’s absolutely perfect.  I’m proud of the progressive image it represents which exemplifies the positive, modern, forward thinking brand I want to project to the world! 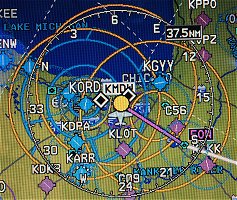 Fireworks from above are amazing! Highly recommend if you have the opportunity. Happy Independence Day, have a sa… https://t.co/PdN6QyXHuE